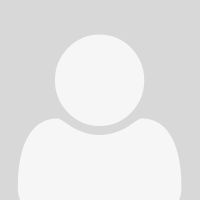 During this time, Yong Suk also worked with the influential Hyehwadong Il Bunji Theater Laboratory (HIBTL) in Daehangno, Seoul, Korea. Working with HIBTL and his fellow directors there, inspired his MA thesis “A Study of Directors’ Group Hyehwadong Il Bunji’s Activity: From 1st Term to 3rd Term (1993-2005),” completed in 2008. In the same year, he was awarded by the Arts Council of Korea as the Outstanding Emerging Artist in Theater.

While pursuing personal aesthetic values as a director, Yong Suk devised progressive theater in response to public concerns. His plays and productions were instrumental in vitalizing the value of community-based public arts by renovating alternative spaces and launching various independent performances. In 2006, Yong Suk devised an annual independent theater incubating initiative he called ‘Hibernation Project’, which DPTC presented for young theater artists in Seoul. The project was so successful that it still functions as a platform for many young Korean theater directors today.
Yong Suk’s experimental, physical performance piece S.T.A.R., where he wrote and directed, premiered at Seoul Marginal Theater Festival in 2006. Represented to multi-cultural family audiences, S.T.A.R. was lauded for its unique, universal, physical, and theatrical languages. Two years later, his work Minority Sport Story 10th Batter, toured for over a year across the capital city with the support of the Seoul Culture Foundation, playing in public libraries, hospitals, and youth detention centers.

In 2009, Yong Suk founded ART CREATION GROUP DIRECTING STUDIO (ACGDS) with five other young artists in theater, film, playwrighting, and alternative education. He worked as a representative, producer, director and playwright. In the same year, Seoul Culture Foundation has selected ACGDS as one of six resident art companies in Seokyo Art Experiment Center (SAC), which was the first art residency space created by the Seoul City Government. ACGDS was the first and only performance group among those residents in SAC. While staying in SAC from 2009 to 2010, he created various public site-specific performances, alternative space performances, and produced documentary films. Yong Suk is currently working as an artistic director of PERFORMANCE GROUP WOULD YOU COLLAGE since July 2016.

Throughout Yong Suk Yoo’s career as a theater artist, he also taught at various institutes and universities. In 2010, Yong Suk was appointed Professor of Directing and Acting in the School of Arts Department of Acting and Musical Theatre at Daeduk University in Daejeon, South Korea. He was the youngest professor in the history of the university and he took the position to build relationships between students and the professional performing arts field in main-stream (Seoul). Also, he used that opportunity to understand different rural performing art programs, where he produced and directed many musical GALA performances and theater pieces with his students for local communities in Daejeon, Dangjin, and Daegu.
Yong Suk’s focus in his art and teaching has led to a mastery of the global contemporary understanding of the arts, performing arts and the ability to engage in interdisciplinary practice, uniting more that one field of knowledge. Yong Suk decided to earn an MFA degree in directing from the California Institute of the Arts as the key to honing his aesthetics and developed his singular poetic, visual style. He directed Oedipus the King as his studio project focusing on facilitating actors’ body and space, using classic Greek tragedy with a diverse cast. He also directed, When Spring Comes to Hills and Dales (American premiere), to create a unique and physical performance with a diverse group of collaborators from other countries using contemporarily adapted Korean folk mythology. In 2015, he finally directed A Dreamplay, as his thesis production at CalArts, after waiting for thirteen years since he co-founded DREAM PLAY THEATER COMPANY in 2002. He co-directed a short film Thinker with Taiwanese video designer Hsuan Kuang Hsieh, integrating material performance (puppetry and toy theater) with video design. He directed a black and white short film Running with a choreographer Jonathan Bryant and created a cinematic poem “Good Bye” using only objects without human actors.

After graduating CalArts MFA program in 2015, he returned to Korea. He worked as an adjunct faculty at Hanyang University Department of Theatre and Film. He taught various courses in directing, interactive design, and theater practicum, etc. He led research and development projects, created new media play-therapy systems supported by Korea Creative Content Agency, and “A Case Study on Hybrid Theatrical Design and Technical Direction.” His interest in the integration between performing arts and high technology has led him to direct/lead various projects. He directed a Korean premiere of Love and Information by Caryl Churchill as an immersive performance of being in cyberspace. In 2016, as an artistic director of contemporary performance group Would You Collage, he facilitated a Korean Premiere of White Rabbit and Red Rabbit, by Iranian writer Nassim Soleimanpour, as an introduction to the unique form of contemporary, post-dramatic performance to the Korean audience. He also wrote and directed A Silent Table, using live broadcasting technology, immersive performance, and four-sided holo-film projection mapping. In 2017-2018, Arts Council of Korea and Korean Performance Producers’ Association fully supported this production and selected/awarded as one of their promising projects.

If Yong Suk’s aesthetic is interdisciplinary, his artistic mission is internationalism. Yong is a strong believer that diversity, the inherent human need to be appreciated and respected for who we are in all our differences, as a core value that every theater company, art school, and organization needs to achieve. To go further global opportunity, he believes that artists themselves must drive new perspectives and links to new avenues of intercultural opportunity, which his own experience has proved.

Yong Suk Yoo is married to Joo Ryoung Kim, a Korean film, TV drama, theater actress of considerable renown whose artistry always inspires him. They have a daughter, Katherine Hayoung, born in California in 2013.